For decades, retiring at age 65 has been the time-honored tradition in America. Even as the official full retirement age for Social Security has climbed to age 66, the goal that many Americans have is to chop a few years off their careers and aim for an early retirement at 62. In particular, the fact that Social Security is available to early retirees at that age is a powerful inducement to pick 62 as a retirement goal.

But before you decide that age 62 is the best time for you to retire, there are a few things you need to be sure you understand. In particular, the following five aspects of early retirement could lead to make a different decision about when you leave the workforce for good. 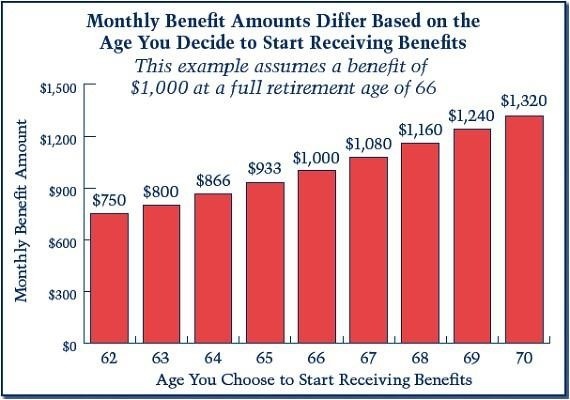 The tradeoff, of course, is that the reduction mostly accounts for the fact that someone who takes benefits at age 62 gets 48 extra monthly payments compared to waiting until age 66.  Nevertheless, what might seem like ample income now could leave you regretting not holding out for larger monthly payments later.

An even bigger challenge early retirees have to deal with is healthcare coverage. With Medicare not kicking in until age 65, those who retire at age 62 have to deal with three full years of covering their own health insurance costs.

Federal law can help early retirees bridge part of the gap in coverage, with COBRA continuation health coverage usually available for up to 18 months after you quit your job. But even under COBRA, you're responsible for making insurance payments, and given that health-insurance premiums are near their highest levels for those in their early 60s, that can be a bigger financial burden than most people realize.

Electing to receive early Social Security benefits doesn't just affect your monthly payment. It can also reduce the amount that your surviving spouse receives after you pass away. Survivors' benefits are limited to the amount you would have received if you were still alive. So, if you started collecting before full retirement age, your surviving spouse will have to accept reduced payments as well.

For some fortunate workers who don't have the choice of when to retire made for them, retiring at 62 can involve a substantial financial sacrifice. If you've climbed the corporate ladder throughout your career, then you could well be at your peak earnings in your early 60s, and early retirement can cost you both directly from the loss of that income and indirectly from the impact on Social Security or pension benefits.

Obviously, many early retirees aren't in this position, especially as employers cut staff and encourage early-retirement packages precisely to cut these costs. But if you are, make sure you're financially ready before you pull the trigger and give up a golden opportunity.

If you've gotten through all four of the reasons above and have addressed all those concerns, then another question you should consider is whether you might actually be able to retire before age 62. Even without Social Security, a solid retirement savings plan can help you retire in your 50s or even 40s if you have the earnings potential and investing track record to back it up. In that case, waiting until 62 could leave you having missed out on extra years of a happy retirement.

Retiring at 62 isn't always a bad move. But before you do it, make sure you understand all the consequences. Knowing what's at stake could lead you to what turns out to be a better decision for you and your family.